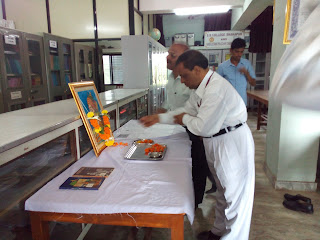 Born: May 9, 1540 in Kumbhalgarh, Rajasthan
Father's Name: Maharana Udai Singh II
Mother's Name: Rani Jeevant Kanwar
Died: January 29, 1597 in Chavand
Maharana Pratap was born on 9th May 1540 in Kumbhalgarh, Rajasthan. His father was Maharana Udai Singh II and his mother was Rani Jeevant Kanwar. Maharana Udai Singh II ruled the kingdom of Mewar, with his capital at Chittor. Maharana Pratap was the eldest of twenty-five sons and hence given the title of Crown Prince. He was destined to be the 54th ruler of Mewar, in the line of the Sisodiya Rajputs.
In 1567, when Crown Prince Pratap Singh was only 27, Chittor was surrounded by the Mughal forces of Emperor Akbar. Maharana Udai Singh II decided to leave Chittor and move his family to Gogunda, rather than capitulate to the Mughals. The young Pratap Singh wanted to stay back and fight the Mughals but the elders intervened and convinced him to leave Chittor, oblivious of the fact that this move from Chittor was going to create history for all times to come.
In Gogunda, Maharana Udai Singh II and his nobles set up a temporary government of the kindom of Mewar. In 1572, the Maharana passed away, leaving the way for Crown Prince Pratap Singh to become the Maharana. However, in his later years, the late Maharana Udai Singh II had fallen under the influence of his favorite queen, Rani Bhatiyani, and had willed that her son Jagmal should ascend to the throne. As the late Maharana's body was being taken to the cremation grounds, Pratap Singh, the Crown Prince decided to accompany the dead body of the Maharana. This was a departure from tradition as the Crown Prince did not accompany the body of the departed Maharana but instead prepared to ascend the throne, such that the line of succession remained unbroken. Pratap Singh, in deference to his father's wishes, decided to let his half-brother Jagmal become the next king. However, knowing this to be disastrous for Mewar, the late Maharana's nobles, especially the Chundawat Rajputs, forced Jagmal to leave the throne to Pratap Singh. Unlike Bharat, Jagmal did not willingly give up the throne. He swore revenge and left for Ajmer, to join the armies of Akbar, where he was offered a jagir - the town of Jahazpur - in return for his help. Meanwhile, Crown Prince Pratap Singh became Maha Rana Pratap Singh I, 54th ruler of Mewar in the line of the Sisodiya Rajputs.